ABC: Today, we are pleased to be speaking with another great Blasian married couple, the Wilsons. Can you give us a little background about yourselves?

Herschel: My name is Herschel

Herschel:, And we currently live in Seattle WA

Noelle: And we have been together since 2009. So I’m Korean. I was born in South Korea and I was adopted when I was a little over a year and a half old, but I was raised here in the US by a Caucasian family.

ABC: Great, how did you guys meet?

Herschel: And I was born in Bowling Green, Kentucky, and moved to Indianapolis where we met each other?

Noelle: So we met on a dating site called E-Harmony which pairs you up with people based on answers that you give in a very lengthy profile process. But it’s a little bit different than other dating sites, because you are not able to choose who you want to see. E-Harmony kinda connects you with people and then from there you are able to kinda pick and choose. We were connected by E-Harmony on that site and I think I initiated communication with him with like a canned little phrase that they have like, “Hey, your smile is nice” (LOL). So that’s really what kinda started our communication. Then we decided that after talking for a little bit online, that we wanted to meet up in person, so we met up for a date at Starbucks. So we met, and yeah the rest is history (LOL).

ABC: And how did you guys decide to get married ultimately?

Noelle: I thought he was hot, and I think he thought I was hot (LOL). So yeah we started dating. Obviously we were living separately. We moved into together in September 2009. We had been together for about six months and then we moved in together. We got engaged in Feb 2010, so just shy of us being together for a year. In May of 2010, we found out that we were going to have a baby, so instead of waiting to have our wedding that following summer of 2011, we decided to just move it up to the summer of 2010. So we got married in July of 2010. Then in January 2011, we welcomed our first baby daughter. In the 6.5 years we have been together, we sold a house, we moved cross-country from Indianapolis to Albuquerque, from there we sold a house, we bought a house, we had another baby in 2013, another baby girl. Then in 2014, we moved here to Seattle WA. So we have had a lot of life changes, a lot of things that have happened. We have always just been each other’s support and rock throughout our relationship. Sometimes it seems like it’s been a long 6.5 years, but it’s gone by really fast and we have done a lot in that 6.5 years.

ABC: That’s an awesome story. So what challenges have you faced as a Blasian couple and family?

Herschel: In terms of dealing with things as a Blasian couple, it hasn’t been that difficult in terms of just here in Seattle. In Washington, it’s pretty common to see a lot of Asians here. There’s actually more Asians than Blacks in Seattle, so you do see quite a bit of Blasian couples here. We have actually Blasian friends who are Blasian couples here. You see it all the time. There are other interracial mixes too, but you see a lot of Black men with Asian women, and vice versa, Black women with Asian men. So Seattle really is a melting pot and you don’t really attract a lot of attention as a Blasian couple – it’s not really that much of a novelty here. In Albuquerque, when we lived there, we definitely had people stare every now and then.

Noelle: Yeah, people definitely remembered us there in Albuquerque.

Herschel: I think we were probably one of the only Blasian couples in the entire state of New Mexico until Lily and James and Yuri drove through Albuquerque one time. Then in Indianapolis, we definitely stood out. There were Asian people who lived in Indianapolis, but it was just really, really rare to see Blasian couples there. People would just stare you up and down even more so than Kentucky. When we go back home to Kentucky, we really don’t notice the staring much. You would think it would be different. But when we go to Nashville or Indianapolis, we get a lotta, lotta stares. But here in Seattle, it’s been really good.

ABC: What about acceptance from both families? How has that been?

Noelle: So I mentioned I’m Korean, but I was raised by a white family. Herschel is obviously Black and raised by a Black family. In terms of acceptance, his family really wasn’t an issue. He had a previous relationship with a Chinese lady, so Blasian relationships were not new to him. His ex was Chinese and she was not as well liked, or maybe not liked very much at all (LOL), so I think when we first got together, maybe they were a little skeptical. But with my personality, I like people, and I really wanted to like them and get to know them. So I’m a warm person in that sense, so it’s just really working that way of being genuine and wanting to get to know them and there really weren’t any issues after that. Like I love his momma so much! His sisters are great, his extended relatives and everyone is just awesome.

My family has been a different experience. They are not racist…., but we’re not really connected with my family at all. I’ve been estranged from them for a few years now, and I occasionally have smatterings of text messages with them. But it really was, he kinda stuck up for him, he stuck up for me, and he stuck up for our relationship, and that didn’t go over so well. So we just had to make our decision to move on together, the two of us with our kids, and just fledging forward together as a family.

ABC: So sorry to hear that Noelle. Sounds like you guys are doing great as a family together though. So what advice would you have for Blacks or Asians who might be considering a Blasian couple relationship.

Noelle: For those of you who are considering a Blasian couple relationship, I think the biggest thing is that you have to have confidence with the person that you are with. If you have support, if you have that strength, and that solid base between the two of you, then you can overcome anything. Both Herschel and I were raised in America, so we didn’t have as many cultural issues from being raised in two different countries as maybe some of Lily’s viewers do. My biggest advice is just know what you want and go for it. Be able to stand your ground with what your beliefs are and when you do find that person, if it’s the right person, knowing that there’s that strong bond and connection. I’ve got his back and I know he always has mine.

Herschel: One of the big things I’ve always told people who ask me this question, is to look at it this way. If you have parents who don’t want you to date someone because of their race, think of it this way, “Are they going to live forever?” When that person, your relative dies, whether it be your mother, father, both, or just your family, you are going to always question, “What if I had made that choice?” You may end up getting married to someone just to please your family and not be happy. Then when they are gone, you are still kinda stuck with something that they had wanted you to do, instead of doing what you thought was the right thing for you. You should never just limit yourself. If you really love someone, you stand up for them and that’s what I did with her family, and I tried to do the best.  They really don’t even know much about me. They don’t know what I really do, they don’t know anything. I can count the number of conversations I have had with her family on one hand when it comes to everyone in her family, with the exception of maybe one. Her older brother is wonderful! He’s a great guy. I like him. Never had issues with him, but that’s just one person out of the many family members, and his wife is wonderful as well. But you know it comes with the territory, and I’m the type that feels that if you love someone, you make it work. This is what we have, and we both have family here. When we go back to Kentucky, it’s just warm welcomes and a lot of love. I just spoke with my mom today, and she was talking about how much she just loves us.

ABC: Herschel and Noelle, you guys both have given our readers and viewers some really great advice. I love the way that Noelle talks about being a warm person and it’s so easy to see her warm personality which just lights up the room! And when Herschel says, if you love someone, you stand up for that love and you make it work – this should be mandatory reading for all Blasian couples! Really super advice guys and I loved hearing your great story which I’m sure will touch many people! 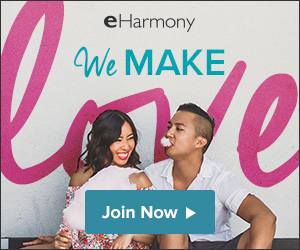